Phase 2: Amplifying the Social Buzz About a Life-Saving Option

Reality testing: After the success of the “GO-TO-CHOICE” campaign, Impax sought to increase the volume of communication to all audiences. Price hikes of Mylan’s EpiPen® had caused outrage within the patient, caregiver, and physician communities, so Impax Laboratories (now Amneal Pharmaceuticals, Inc.) stepped in, working with REALITYRx to reposition their generic Epinephrine Auto-Injector* as an affordable alternative. And what a success that proved to be: market share of the Impax Epinephrine Auto-Injector increased by a remarkable 600% as a result of the comprehensive campaign.

Envisioning a new reality: Moving forward, Impax wanted to ensure that their brand would continue to be visible and retain a sizable hold on the market. To achieve this goal, REALITYRx employed a variety of digital tactics that continued driving awareness, including some avenues that hadn’t been previously explored.

Inventing the reality: Social media messaging about the Epinephrine Auto-Injector was communicated via outlets like Facebook as well as physician-specific channels. Messages targeting physicians were particularly successful, with an average open rate of 15%. Videos were another component of the initiative, including an informative how-to segment and DTP videos featuring expert physician advice. To bring it all together, REALITYRx deployed a fully redesigned patient-facing website featuring an eye-catching, mischievous brand character—the “What-If”—who embodies anaphylactic reactions. This variety of communication tactics allowed Impax’s message about the Epinephrine Auto-Injector to be heard loud and clear by physicians, patients, and caregivers.

A step-by-step resource for patients and caregivers details proper use of the epinephrine auto-injector, allowing users to easily understand the product by viewing the informative video.

A series of blogs are part of the new website, offering patients and caregivers tips on allergy safety in everyday situations. 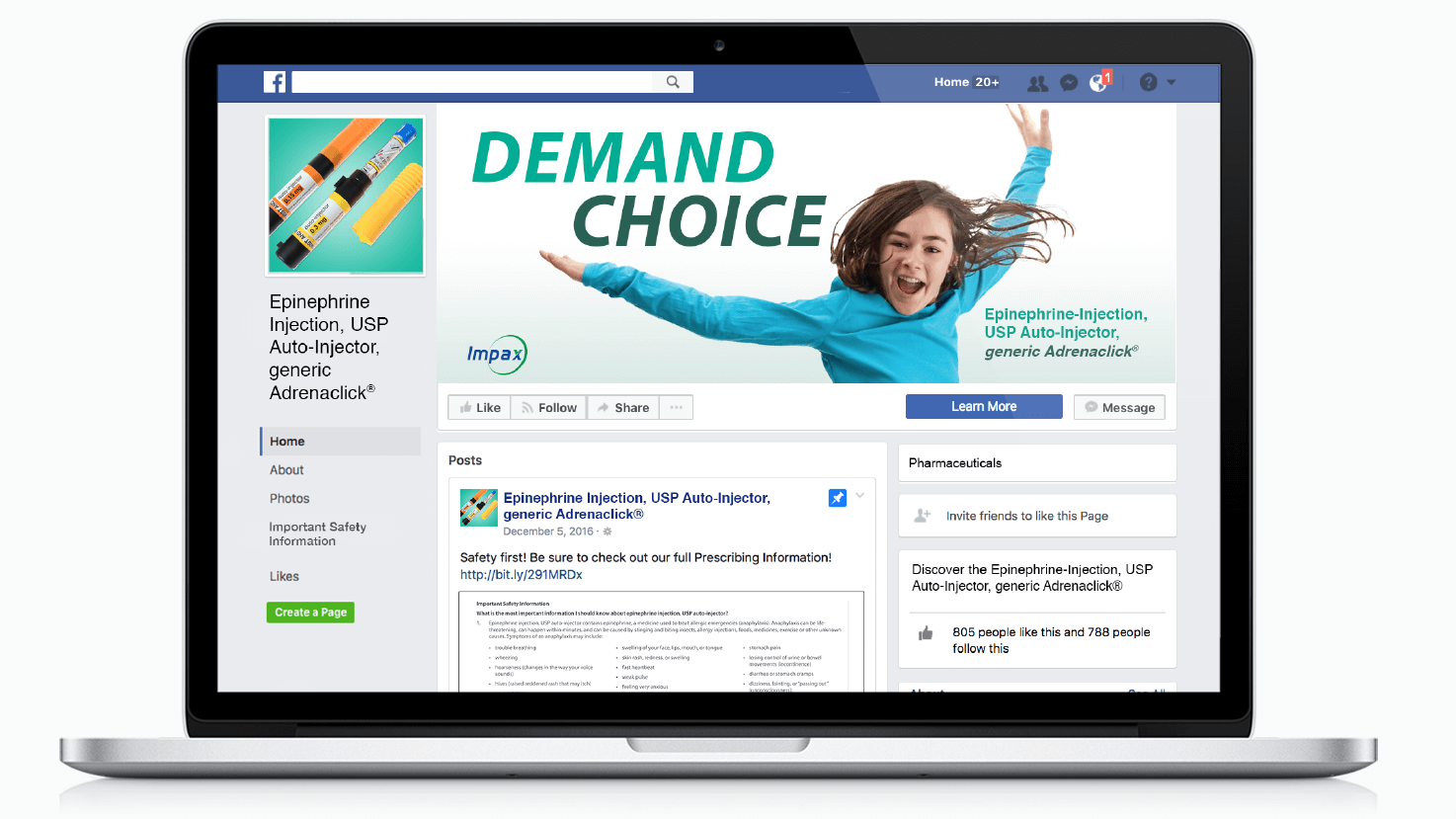 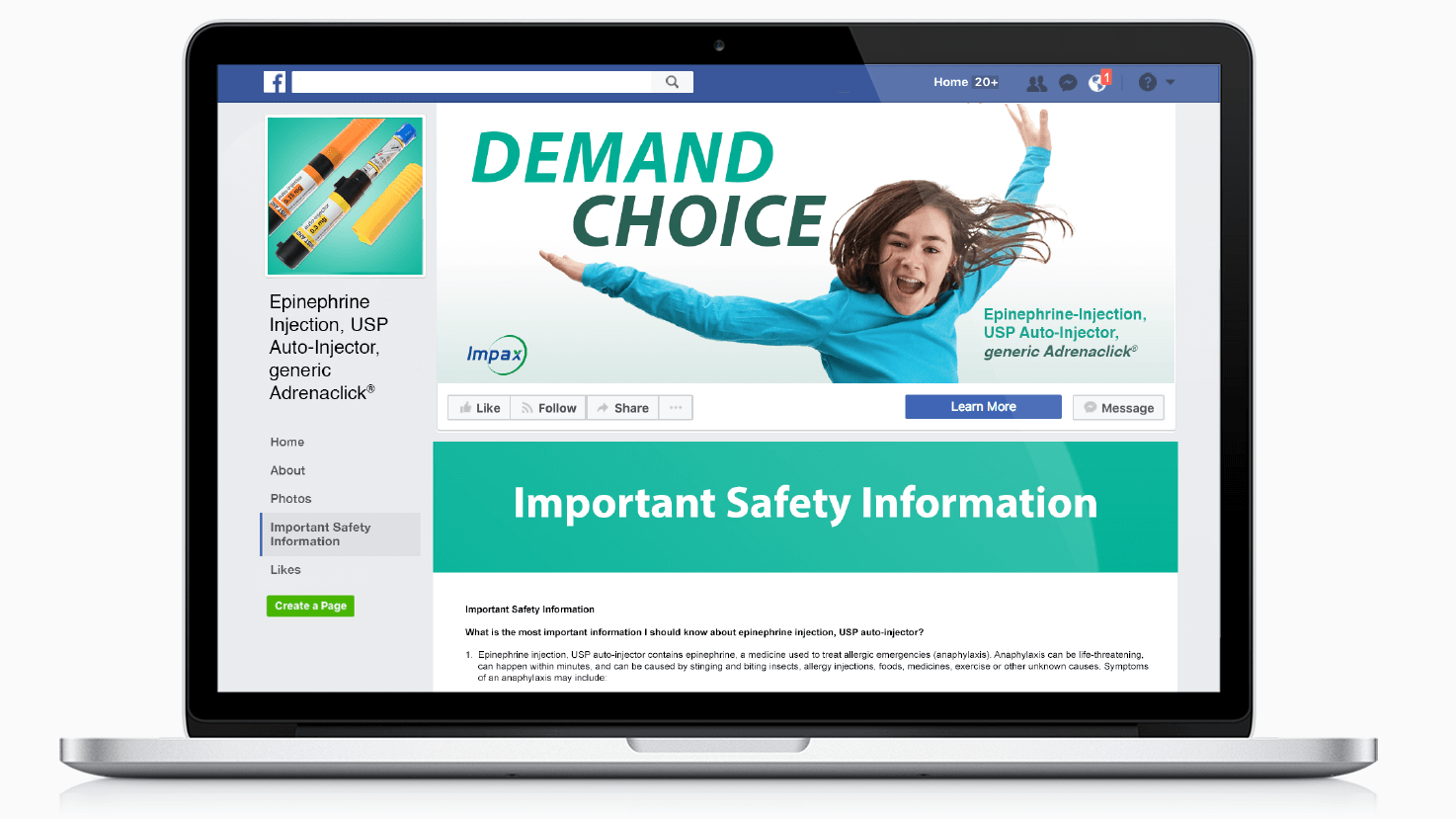 A social media push drives communication through channels such as Facebook in order to reach patients and caregivers and encourage interaction.

Videos featuring allergists provide patients with advice on allergy safety and tips about the epinephrine auto-injector. 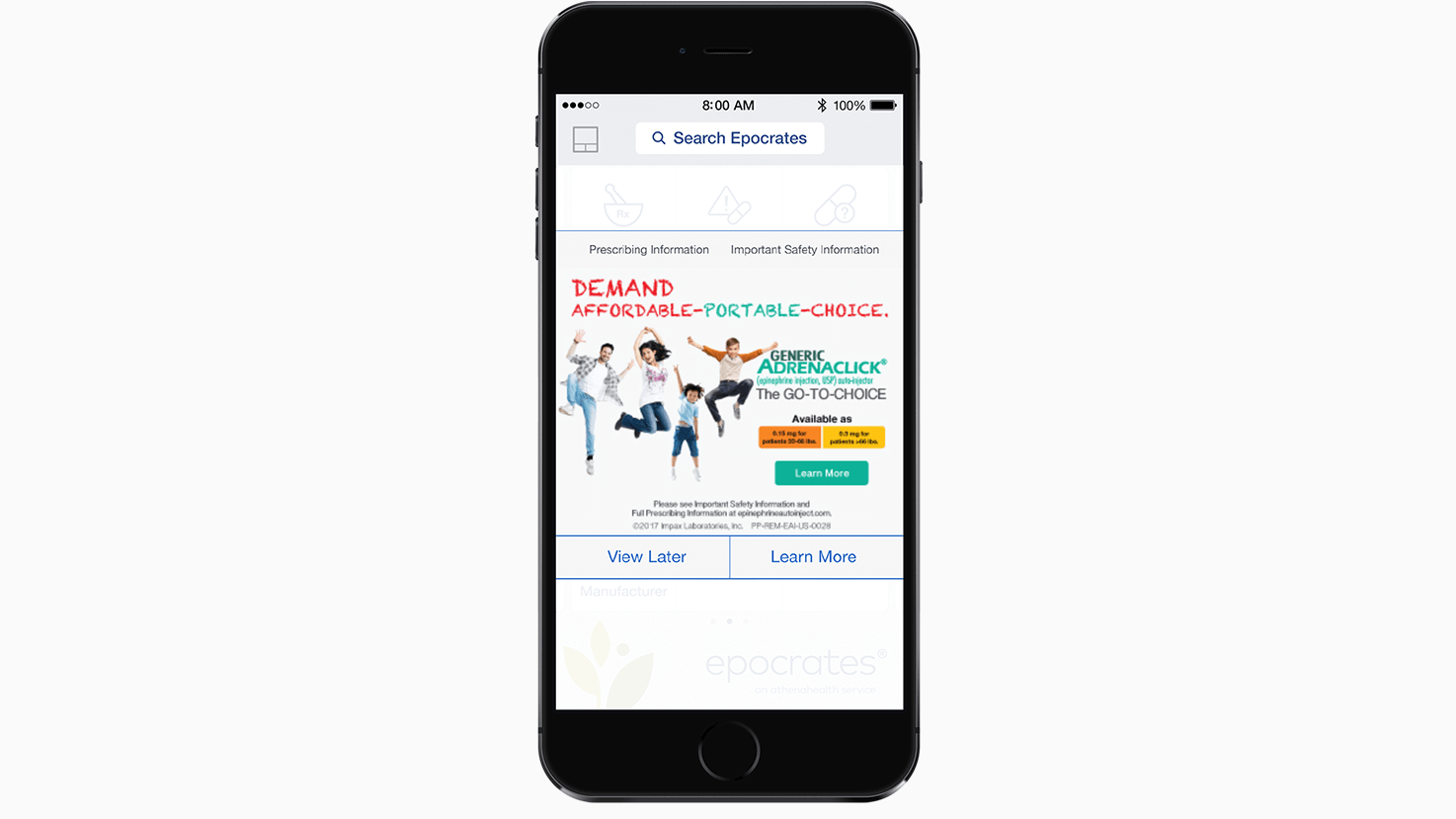 Ads that speak to the benefits of the epinephrine auto-injector are distributed via specific channels targeting physicians, such as Epocrates®.