Reality testing: Integra’s CUSA Excel, long the standard in the neurosurgical market, was facing new competition–so Integra decided it was time to design the new CUSA Clarity, the next generation in ultrasonic tissue ablation.

The company recognized it was time to design the new CUSA Clarity, the next generation in ultrasonic tissue ablation. REALITYRx found that neurosurgeons had niched CUSA as a tool for limited, finer tissue removal. The challenge was launching the new CUSA Clarity as a tool with power, precision, and performance advantages that set it apart from both its forerunner and the competition.

Inventing the reality: To shift the perception of CUSA from limited strength to broad effectiveness, REALITYRx created a tough, fibrous beast that proved to be no match for CUSA Clarity’s enhanced performance and ability to optimize quick, safe debulking of fibrous tissue.

Envisioning a new reality: REALITYRx’s unique, attention-getting concept centers on a raging beast symbolizing a fibrous tumor rising out of the brain before the surgeon vanquishes it. With its strong, visceral appeal, the visual demonstrated that these tumors are tough, but not too tough for CUSA Clarity. REALITYRx designed the launch materials to portray the brand’s enhanced performance, missing no opportunity to reinforce the brand value and core messages. 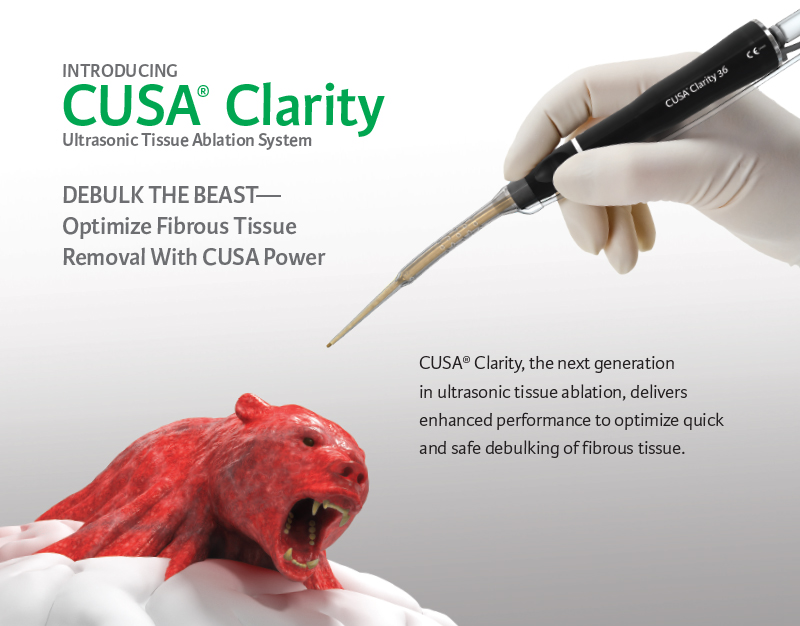 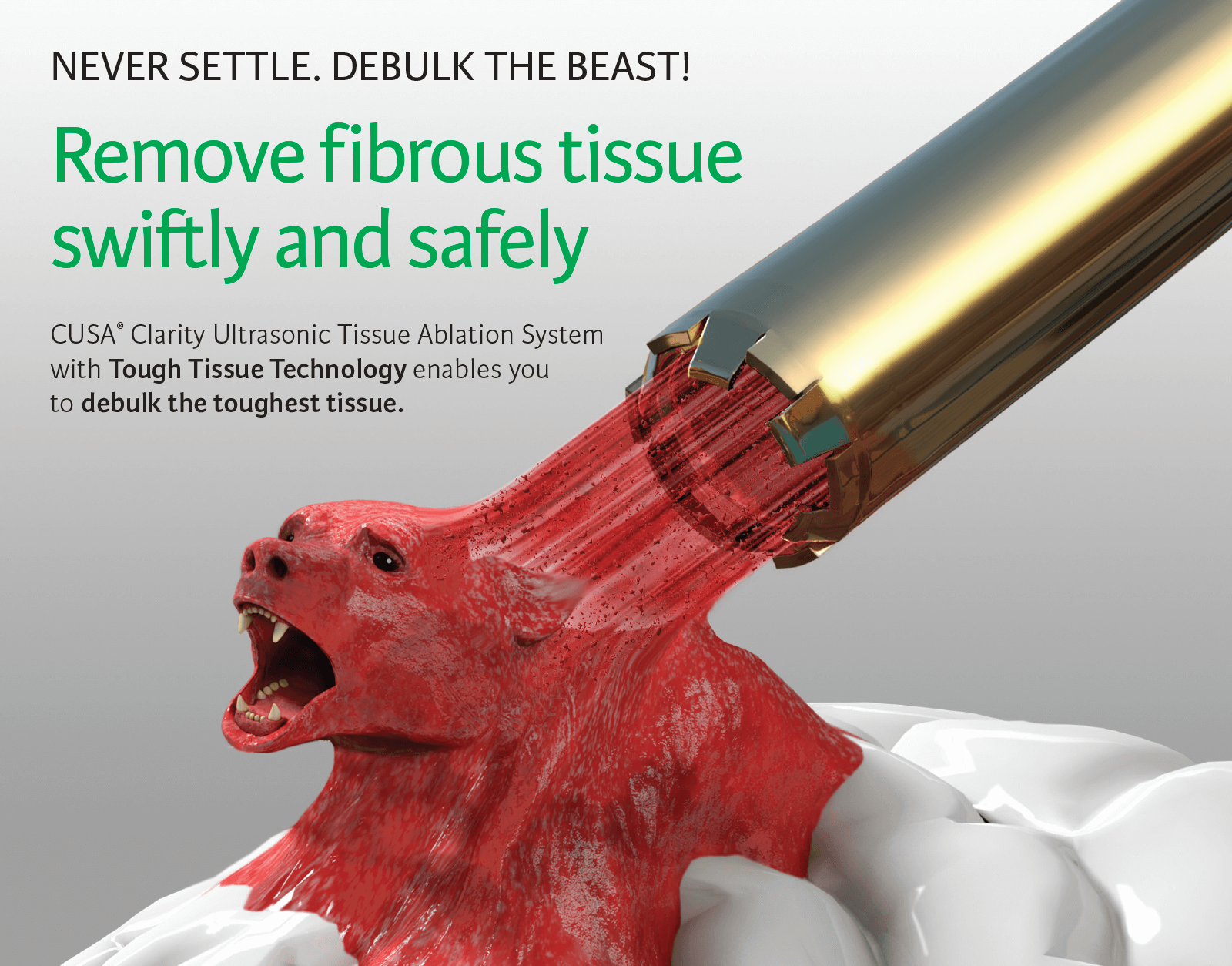 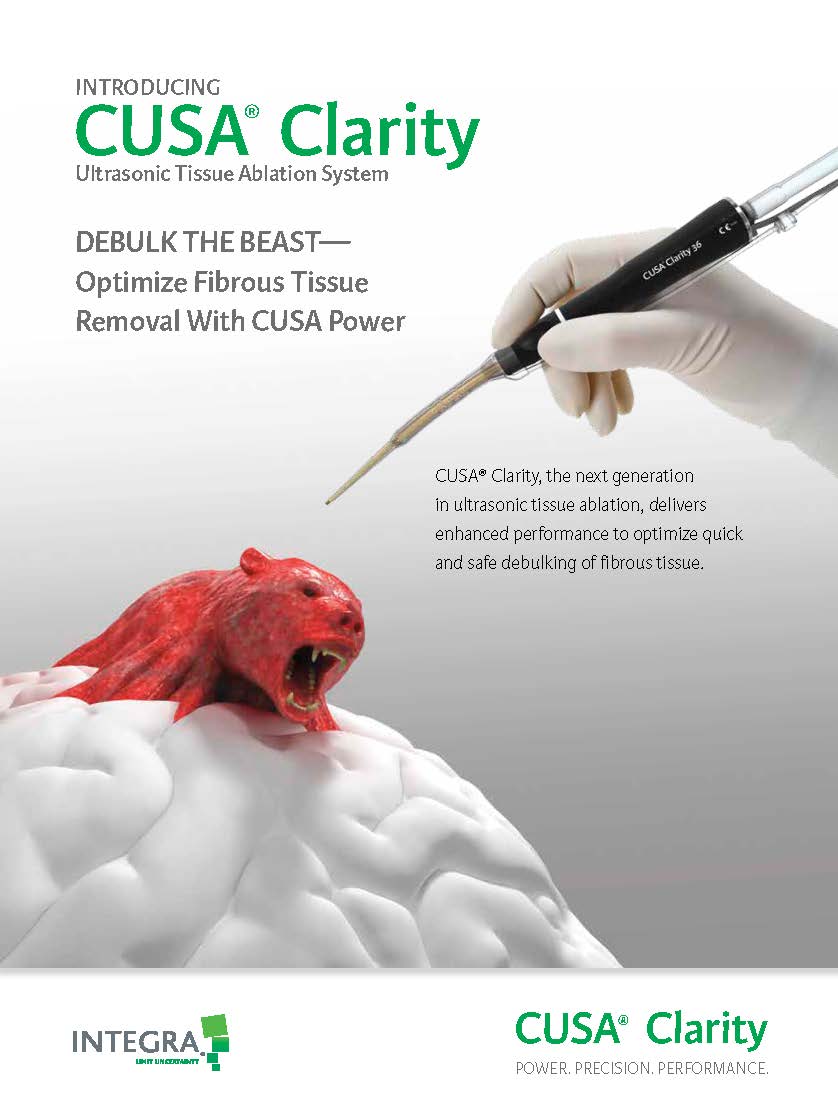 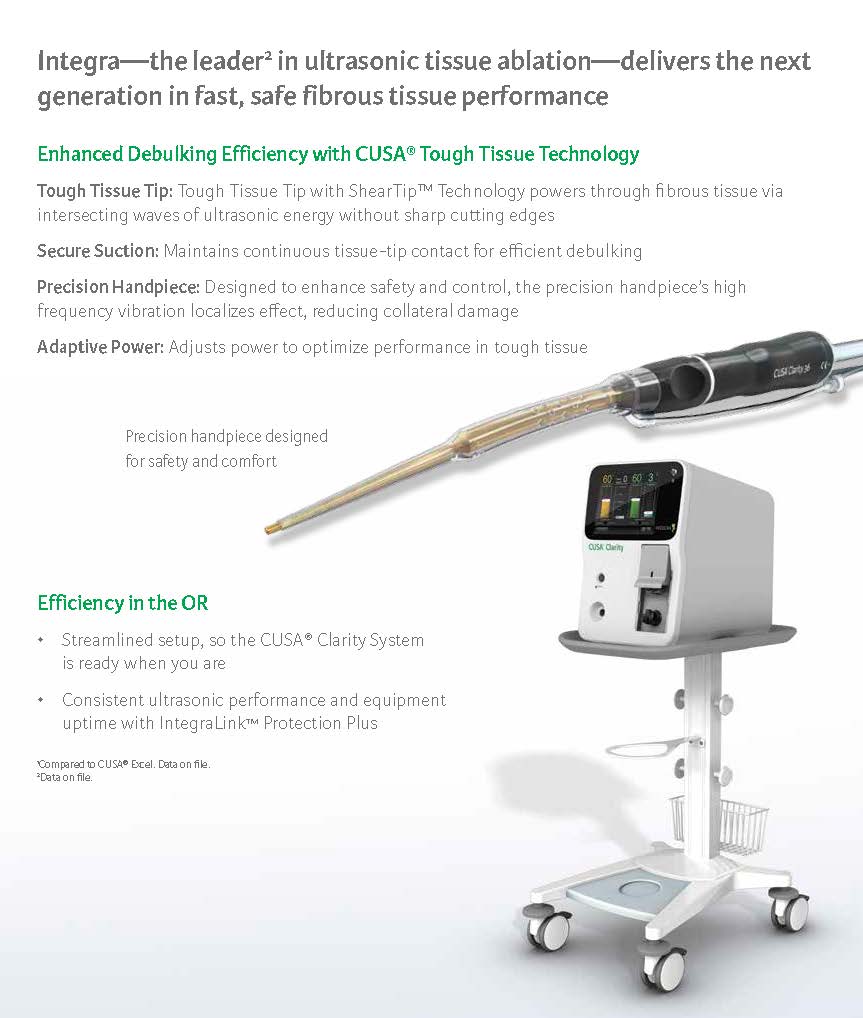 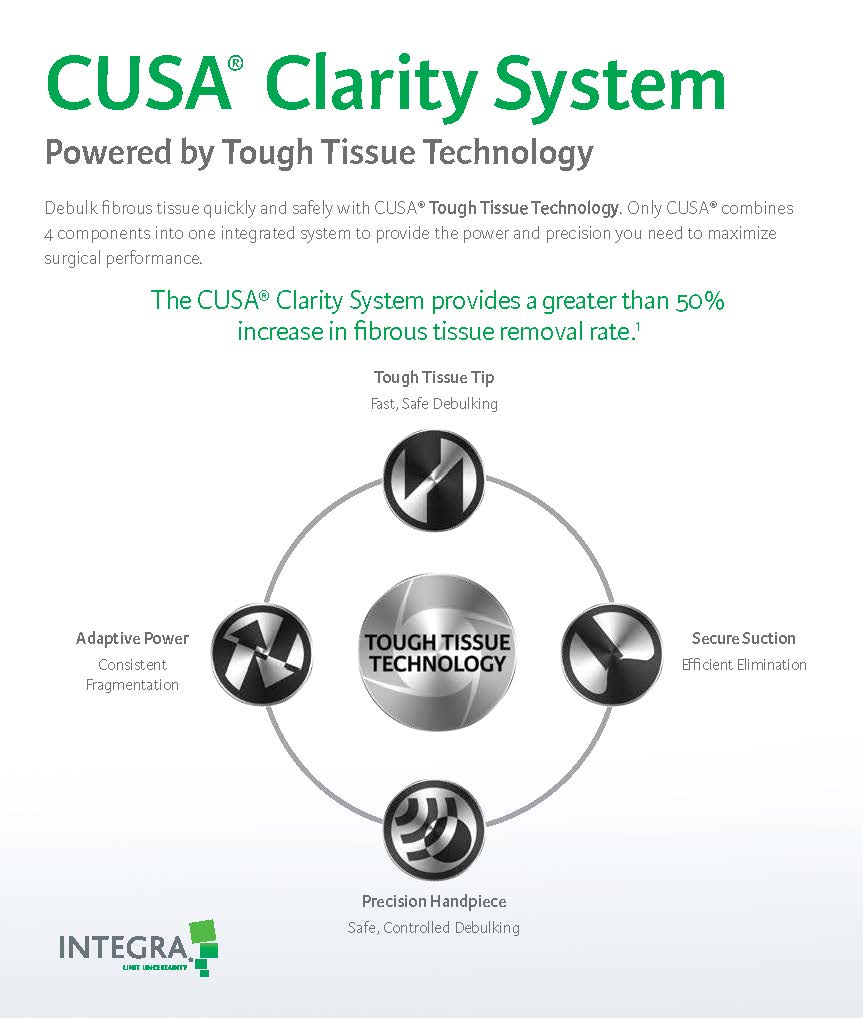 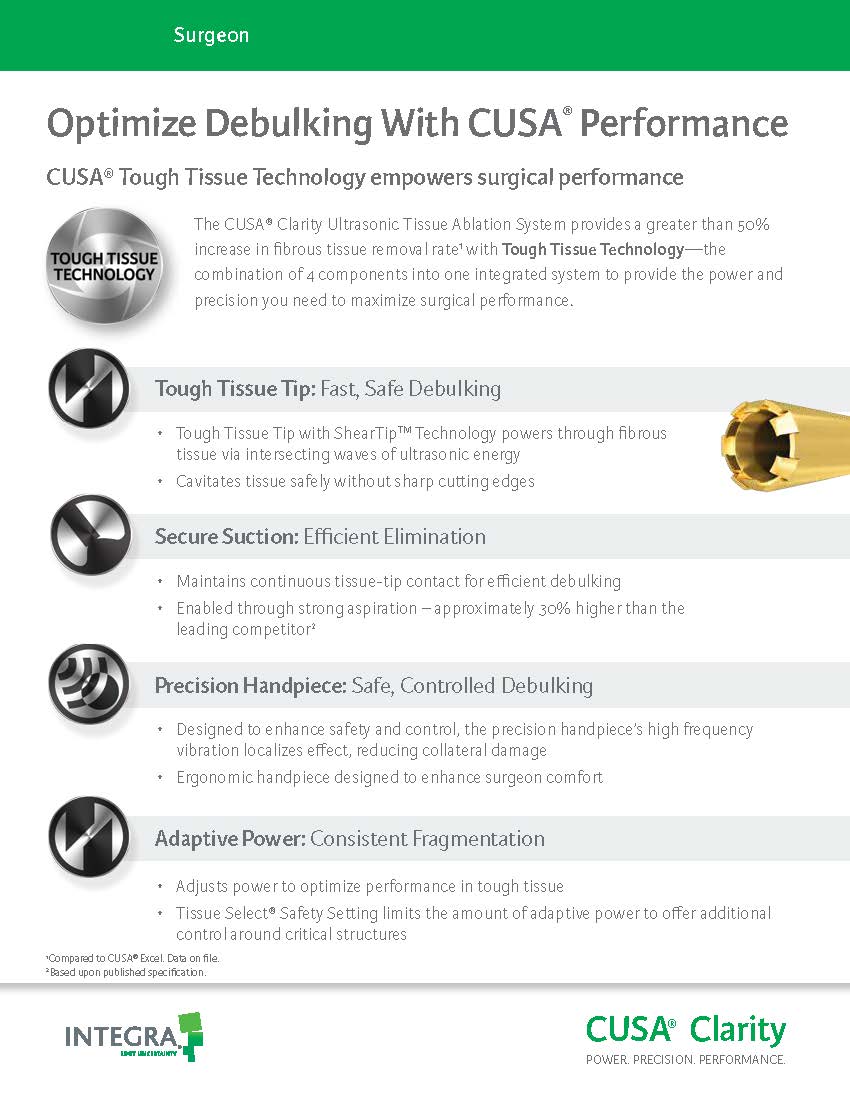 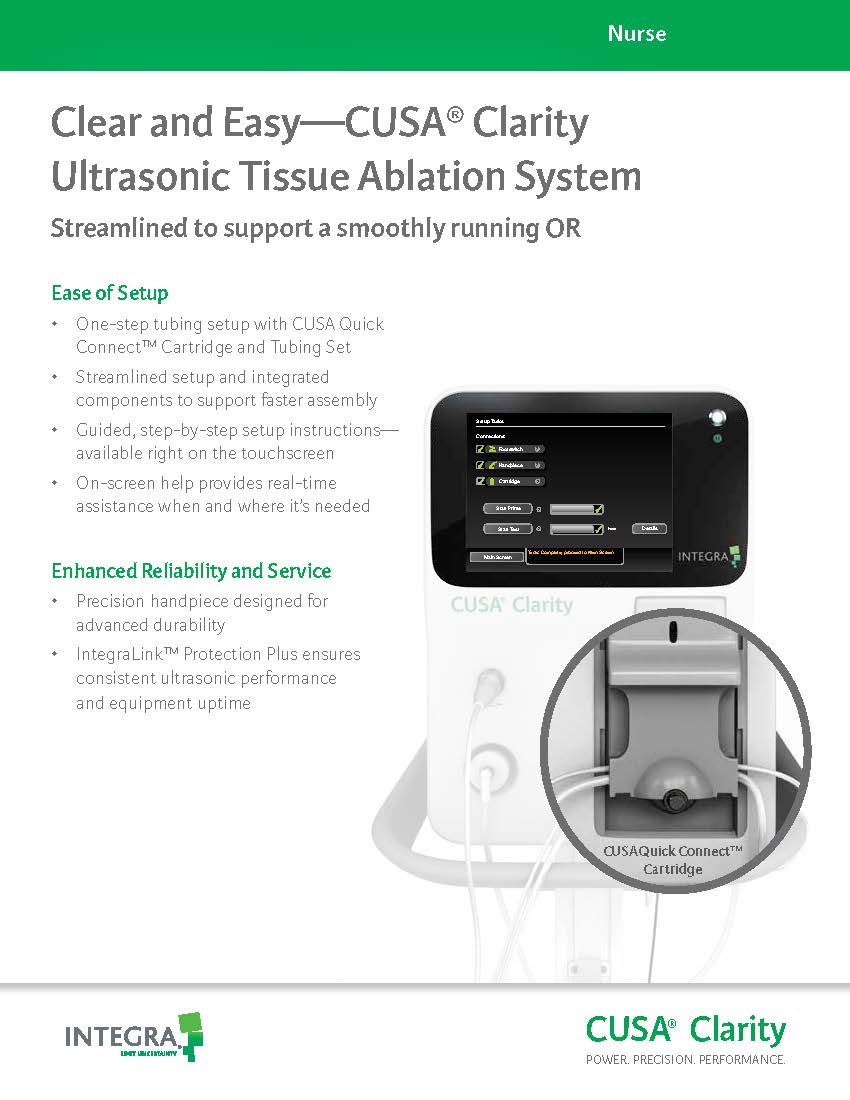 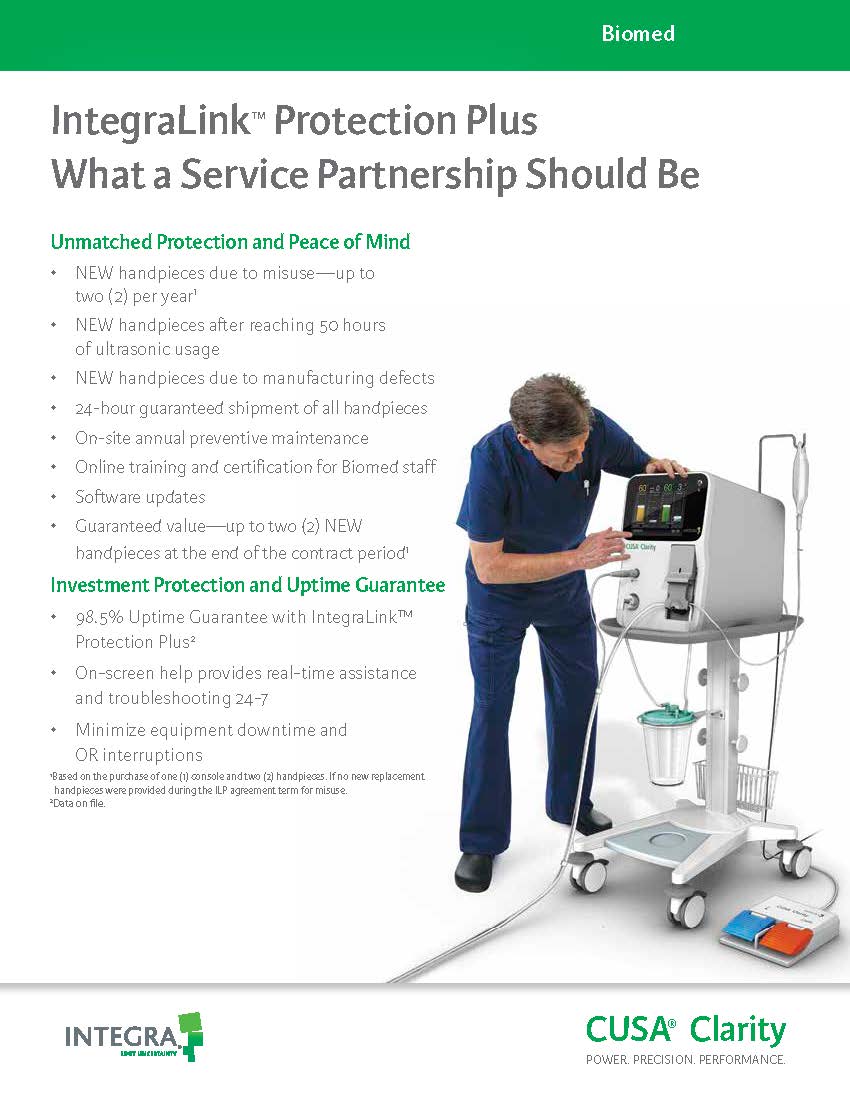 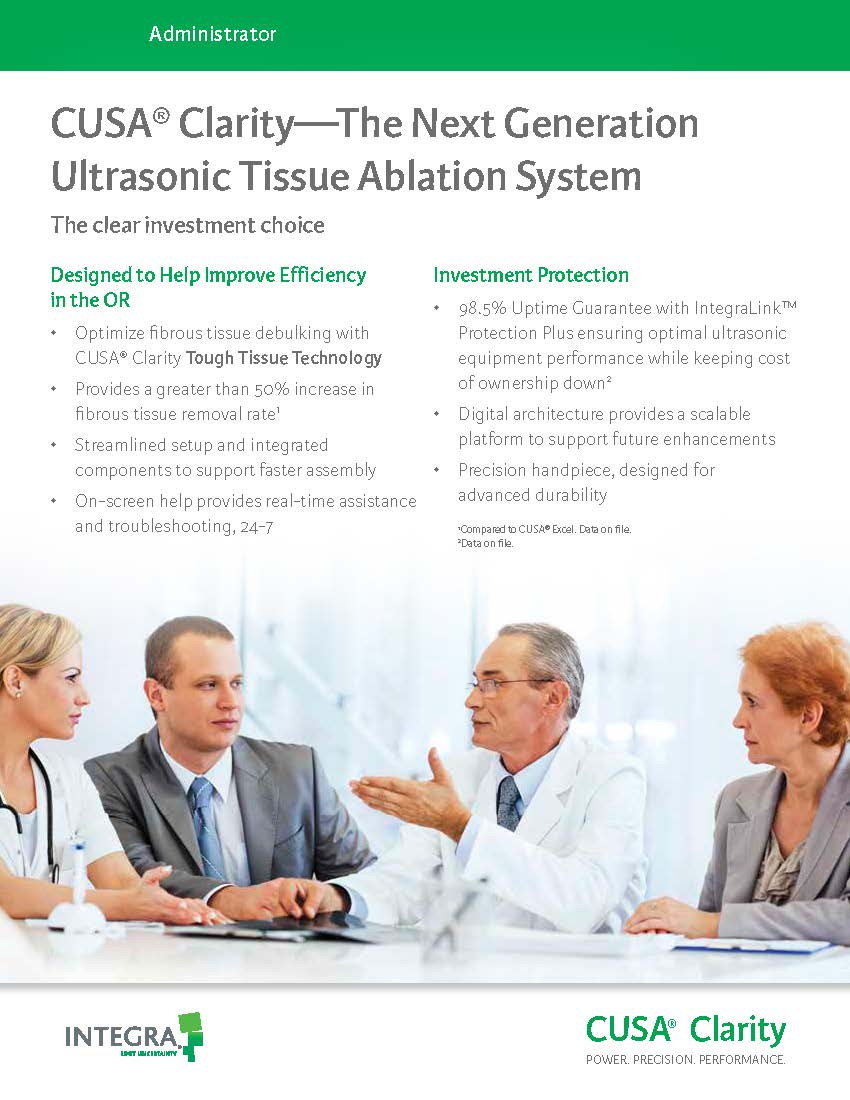 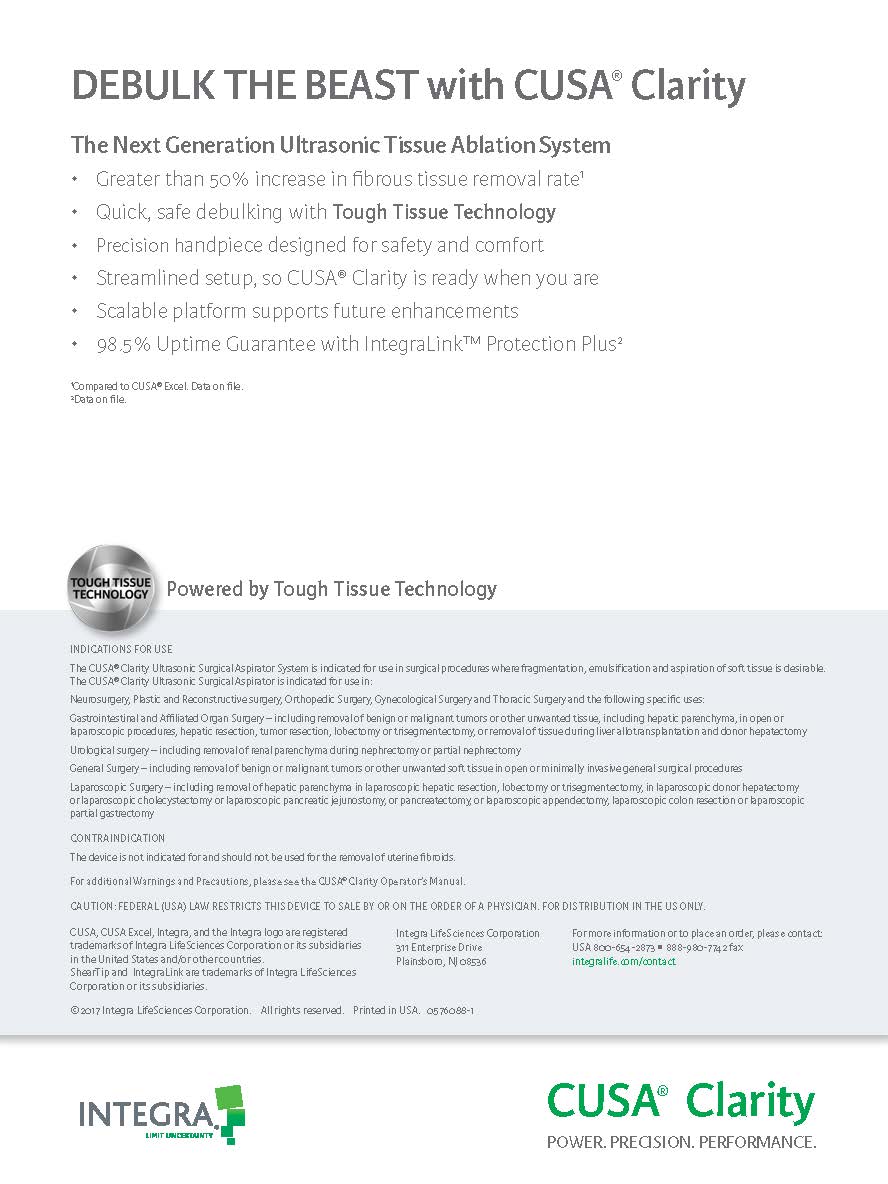 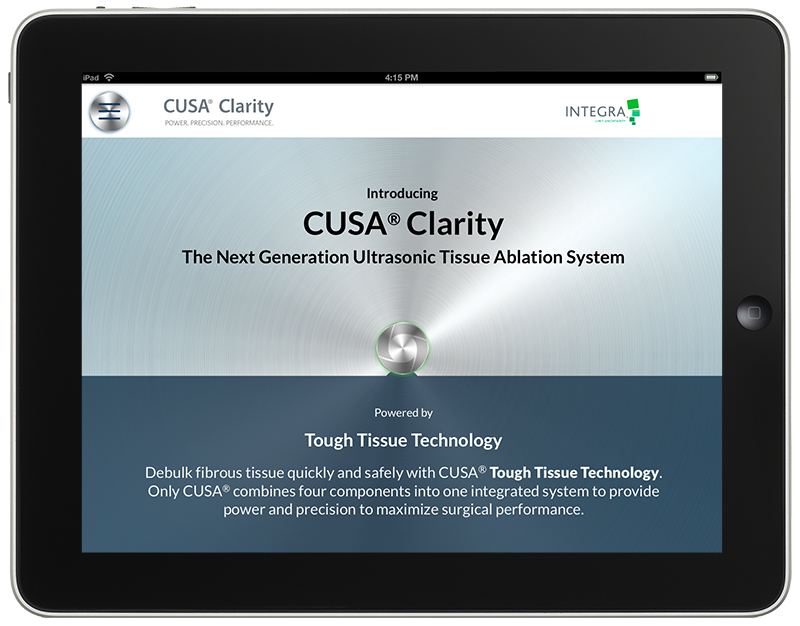 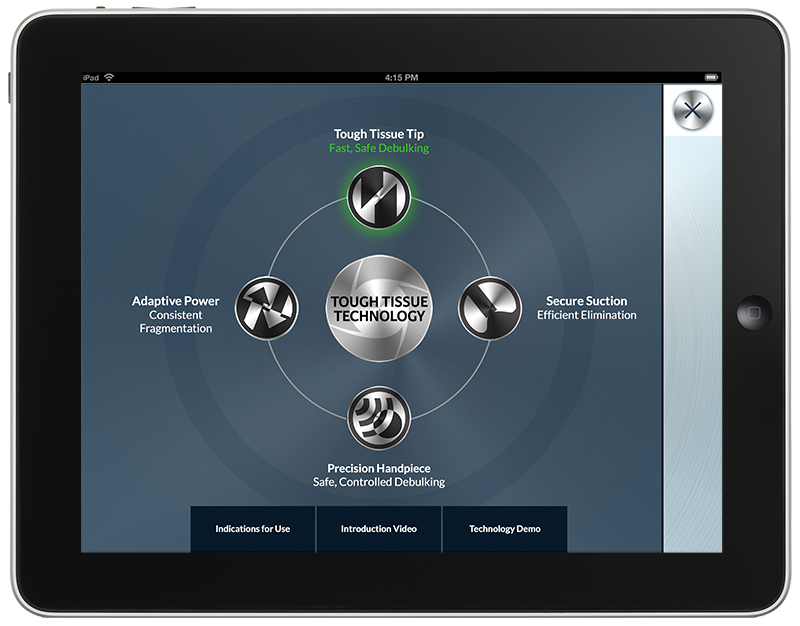 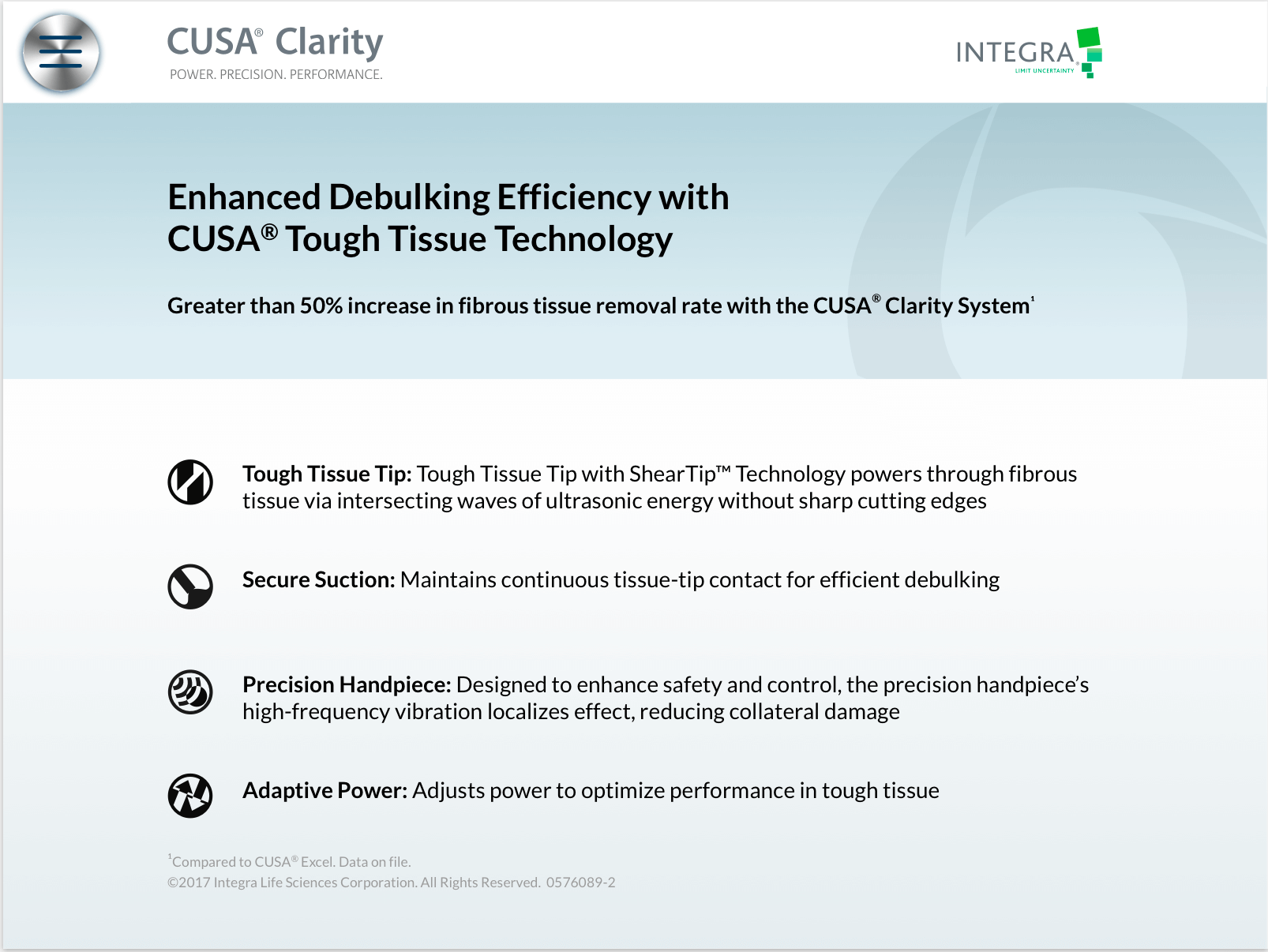 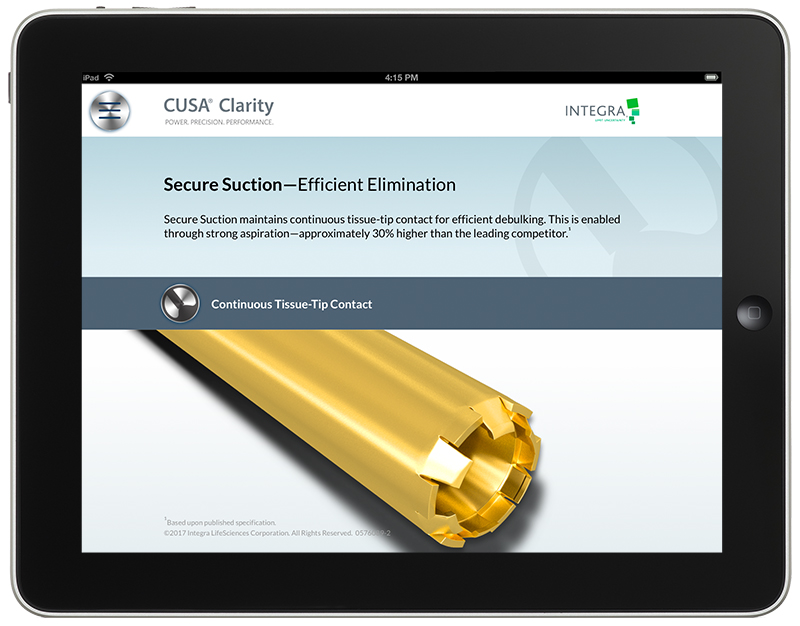 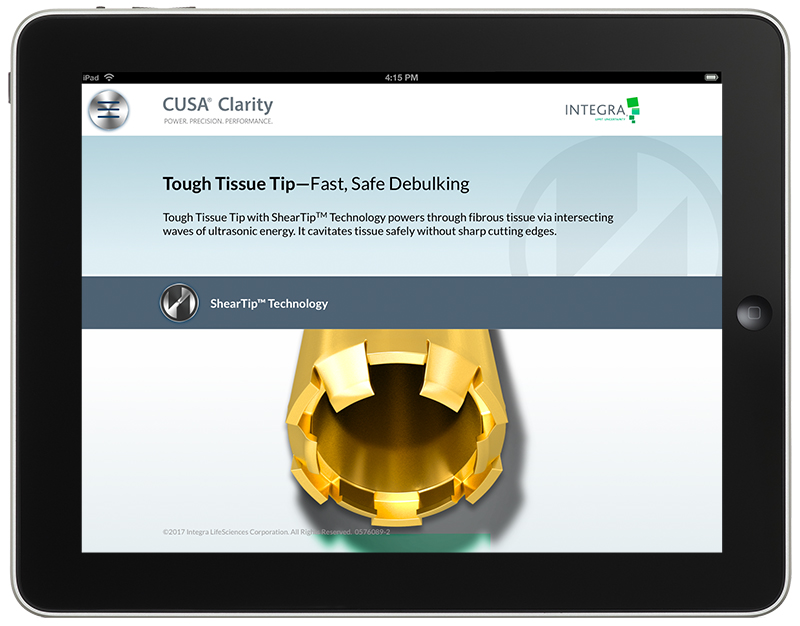 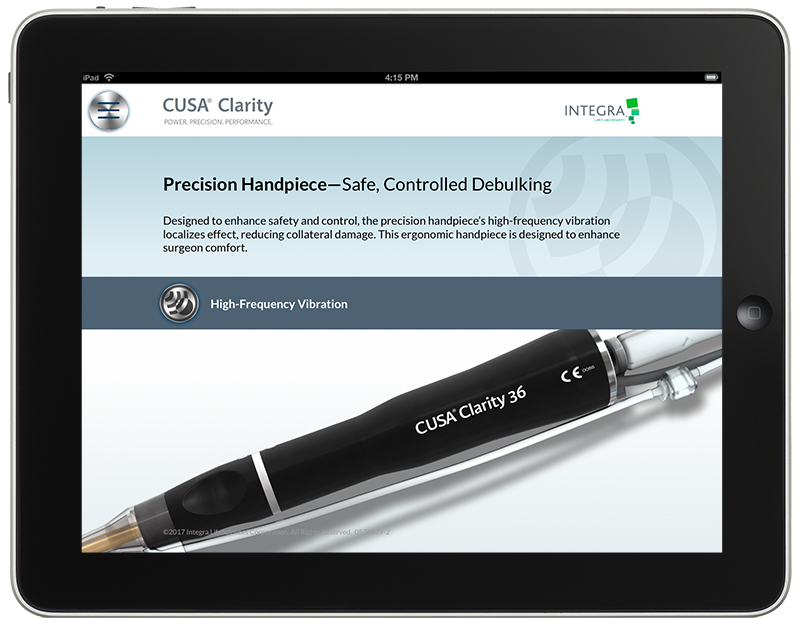 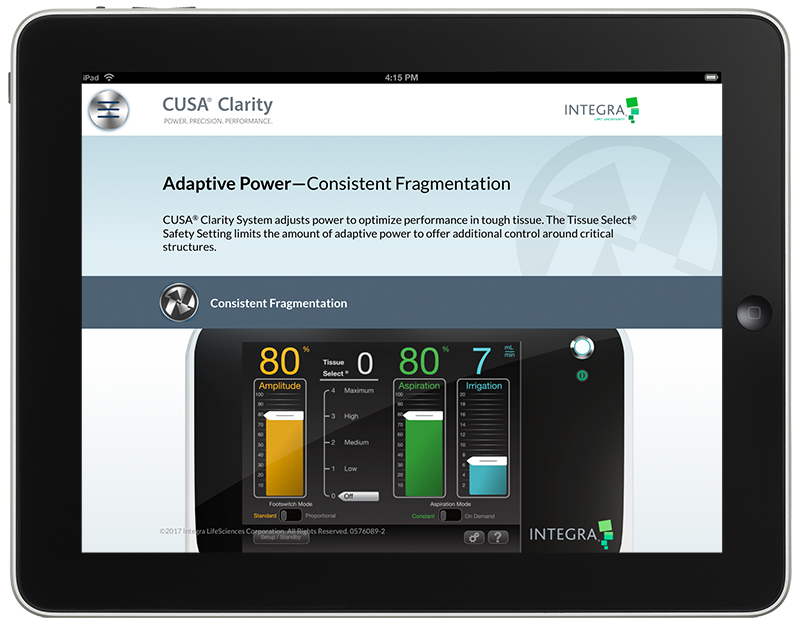 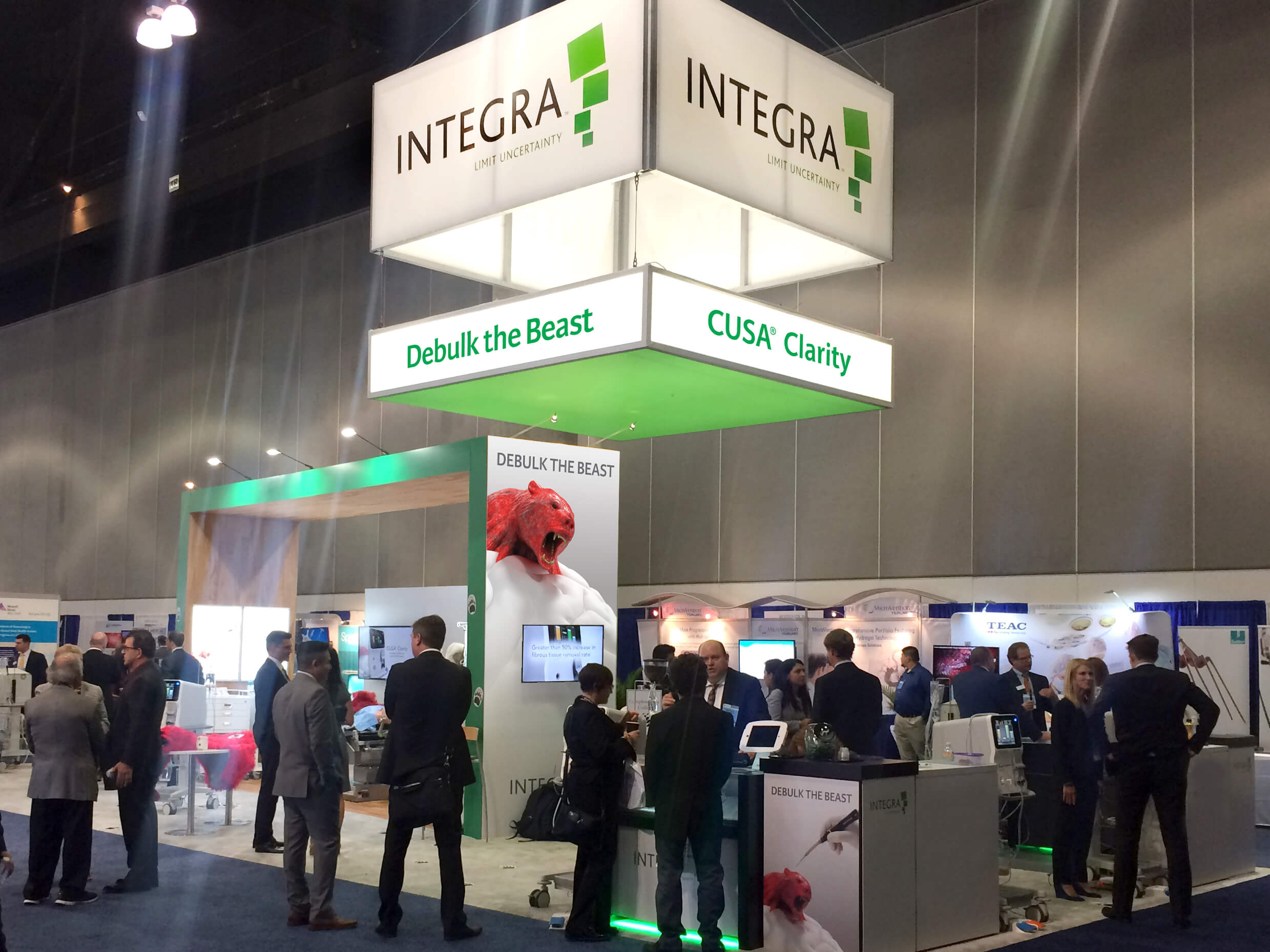 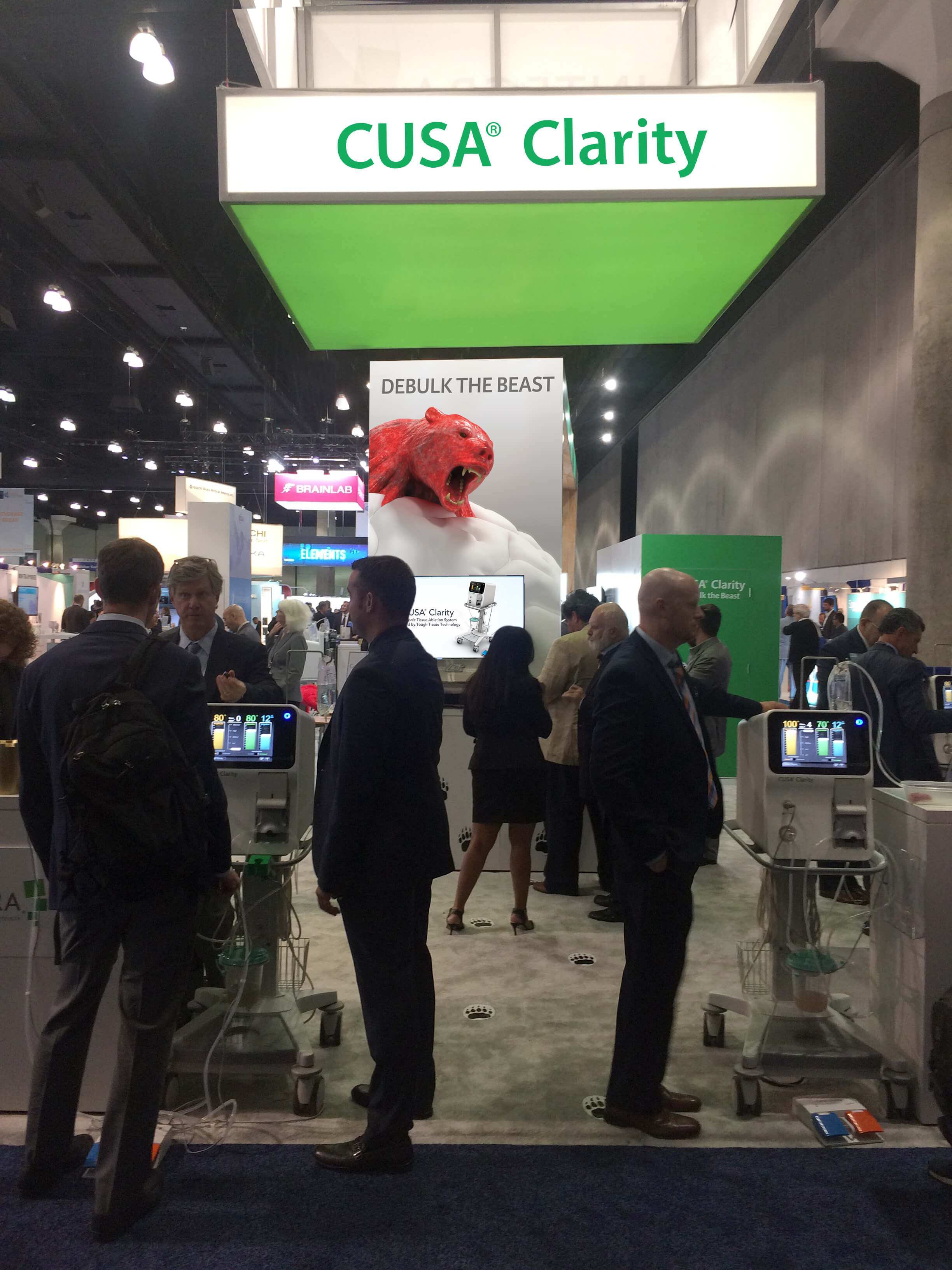 REALITYRx‘s startling red beast was an immediate hit at AANS. The image roared from atop the booth’s centerpiece and was echoed by a red “beast skin” rug. Reps in red “beast” hats used the concept to explain CUSA Clarity’s superior surgical performance.

This ultra-clean video, created with photo-realistic 3D product renderings, introduces CUSA Clarity and the Tough Tissue Technology components that help neurosurgeons and their support staff “Debulk the Beast” that is fibrous tissue.