Reality testing: Genzyme, a Sanofi Company, wanted to drive awareness of Pompe disease, a progressive and sometimes fatal disorder. The goal: help accelerate diagnoses to optimize disease management. How? By reaching a targeted audience and encouraging them to put Pompe disease into their differential diagnosis.

Envisioning a new reality: Pompe disease is considered difficult to diagnose because its symptoms overlap with those of numerous other neuromuscular diseases and conditions. REALITYRx discovered it could be more easily diagnosed (if suspected) by understanding its more prevalent signs and symptoms and by administering a simple blood test, which could help physicians rule it out earlier.

Inventing the reality: REALITYRx developed the “Needle in a Haystack” campaign to communicate the fact that—contrary to popular belief—when you know what you’re looking for, Pompe disease is easy to find. 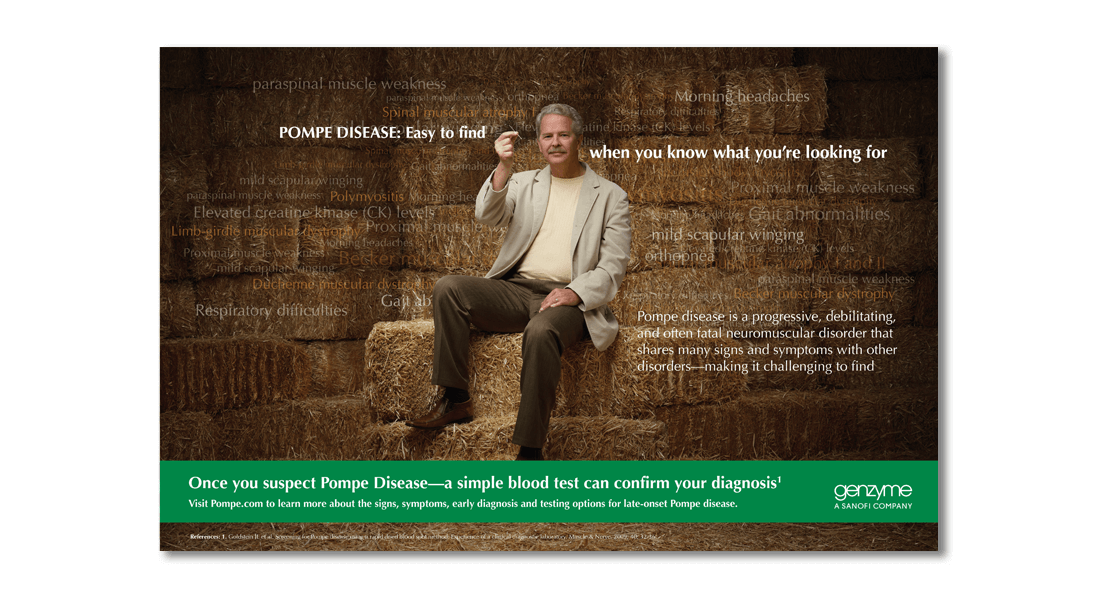 The Genzyme “Needle in a Haystack” campaign elevates awareness of Pompe disease so that it is more top-of-mind when physicians are diagnosing patients. 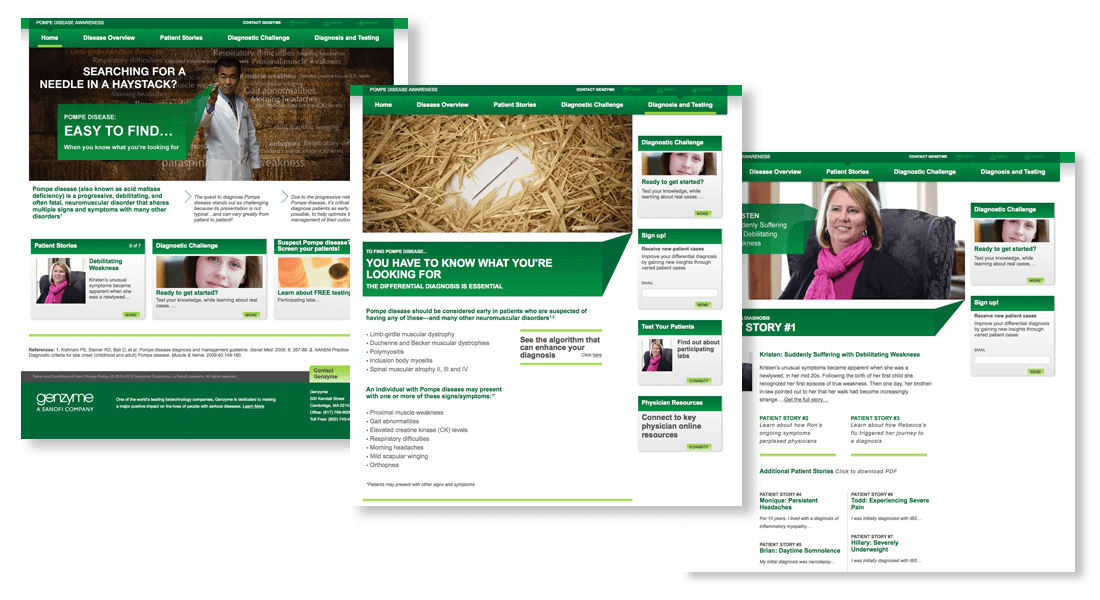 This site increased awareness of the disease and reignited interest in driving toward an earlier diagnosis. 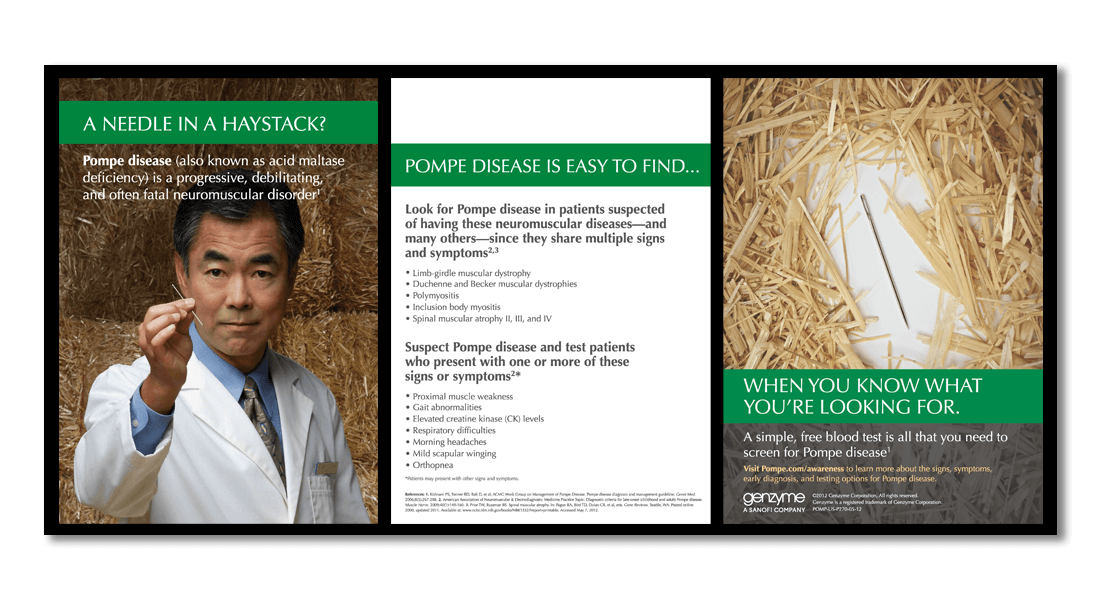 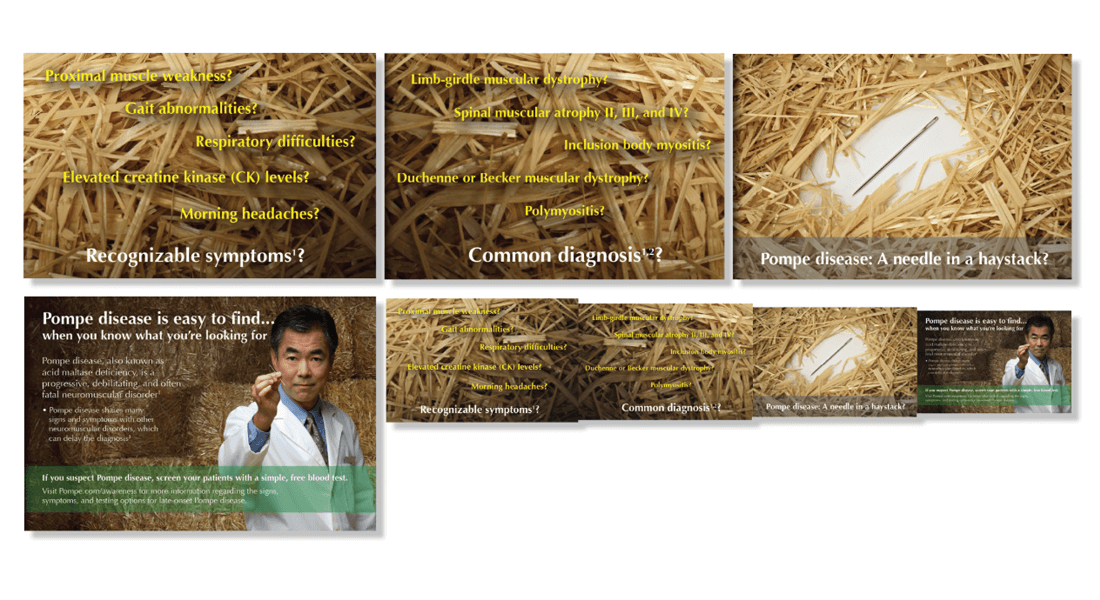 Raised important questions and ultimately provided the answer: Pompe disease can be more easily found and confirmed with a simple blood test. 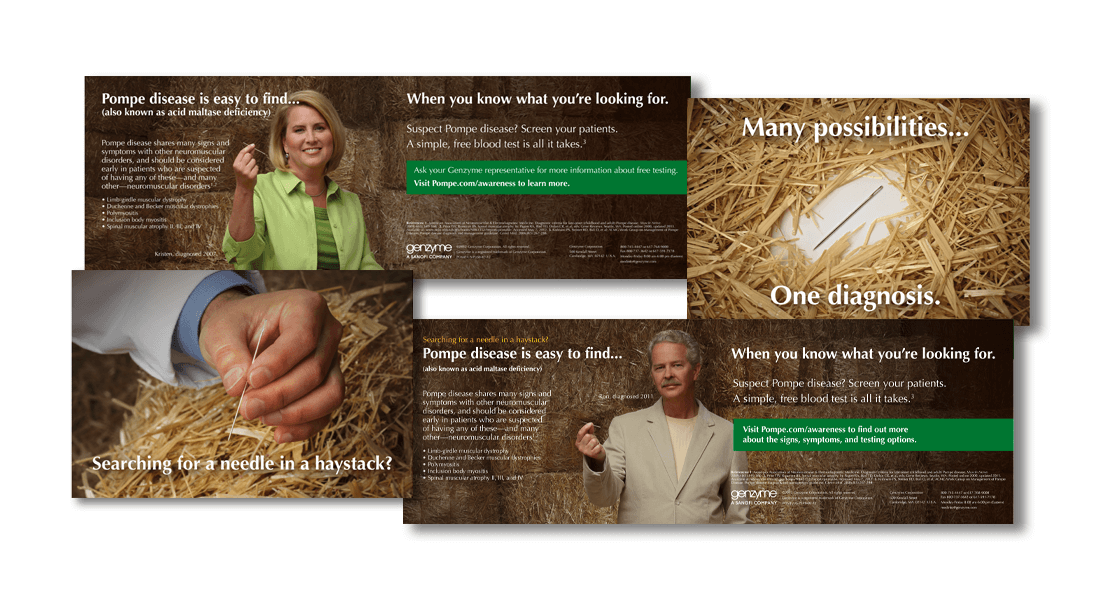 With an average diagnostic delay of 9 years, raising awareness about appropriate patient diagnosis was critical. 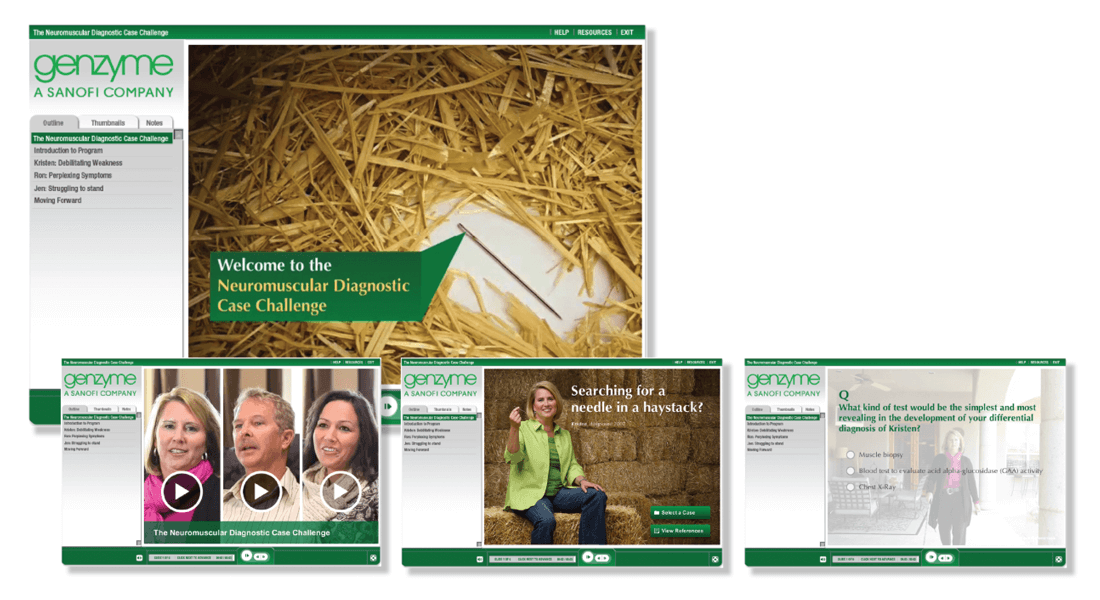 This program was developed using real-life cases and successfully challenged physicians to gain a greater understanding of how Pompe disease presents.